It’s spawning season for tiotià:kton (trout)! Tioweró:ton’s prized trout spawn from late August to the end of November. They are exceptionally vulnerable disturbances during this time. Learn more about tiotià:kton spawn and its protection in this brochure. Printed copies will also be available at the caretaker’s office in Tioweró:ton. Download the brochure PDF here: 2022-10-07_TiotiaktonSpawningBrochure

KEPO and the Tioweró:ton Caretakers have begun implementing the Catch Reporting Program (CRP) in Tioweró:ton. This is being done to help monitor the health of tiotià:kton (brook trout) populations. Some concerns were voiced in our online survey and at our information session in Tioweró:ton on July 31, 2021. We would like to publicly respond to the concerns raised.

Q: Is the CRP mandatory for all people fishing in Tioweró:ton?
A: No, the program is not mandatory. However, we encourage everyone to participate, as this will improve the quality of information shared in the community.

Q: Is the CRP going to be used to require fishing licenses in Tioweró:ton?
A: No, the CRP is solely to help the community better understand the health of the tiotià:kton populations in Tioweró:ton.

Q: Why don’t the Caretakers and KEPO just stock all of the lakes with trout?
A: Stocking from hatcheries is expensive and poses ecological risks. If the stocked fish breed with the local fish, it can ruin the genetics of the wild population, making them more susceptible to disease and climate change. This genetic damage cannot be undone. If the fish do not reproduce, then thousands of dollars must be invested every year in order to replenish the stock. In addition, if stocking with full-grown fish, the meat quality is poor due to the artificial diet of the fish when raised in hatcheries. During a community discussion about the tiotià:kton in Tioweró:ton in early March 2020, multiple community members strongly opposed stocking because of these risks.
Stocking from other lakes in Tioweró:ton is a possibility that is currently being considered. However, information from the CRP will help to determine if this is a safe approach, and where to harvest fish sperm and eggs from.

Q: Is the CRP going to be used to create fishing restrictions?
A: Imposing fishing restrictions is not a goal of the CRP. Rather, the CRP will generate knowledge about the health of the fishery. This knowledge can then be used by the community understand and sustain the tiotià:kton fishery based on good information. The CRP is an engagement, education, and knowledge gathering tool.

For any other questions or concerns you may have, please contact the Kahnawà:ke Environment Protection Office at 450-635-0600 or environmentprotection@mck.ca.

Tiotià:kton (brook trout, Salvelinus fontinalis) are a beautiful and important fish native to Tioweró:ton. In fact, they and the tiotià:kton’kó:wa (lake trout, Salvelinus namaycush) are the only two native trout species in eastern North America (apart from the Arctic char in Arctic coastal areas). The presence of wild populations of brown trout and rainbow trout in eastern North America are ecological footprints of a colonial legacy.

Tioweró:ton has been visited by the people of Kahnawà:ke and Kanehsatà:ke since the 1850s for hunting, fishing, foraging, and medicine picking. Brook trout have been the main targeted fish in the territory since its establishment.

Tiotià:kton are a cold-water species, preferring water temperatures of 13 – 16°C and unable to tolerate temperatures above 21°C long-term. They feed on worms, leeches, aquatic insects, small fish, and even small rodents and frogs. They spawn (release and fertilize eggs) in the fall in water temperatures around 6 – 8°C and on-stream bottoms made up of golf-ball to baseball-sized gravel.

Threats to brook trout in Tioweró:ton

Naturally reproducing trout populations are delicate, as are the complex habitats that sustain them. Unfortunately, tiotià:kton populations of Tioweró:ton are in poor and declining health. This has been observed by numerous community members over the past few decades. In addition, scientific studies in the early 1990s and in 2019 have arrived at the same conclusion: the tiotià:kton of Tioweró:ton are in trouble and need our help.

Multiple different pressures can make it difficult for these fish to survive. Warming temperatures decrease oxygen level in the water, disrupt spawning timing, and increase food demands for brook trout. The changing climate has also worsened the severity of heavy rains that fill in gravel beds with silt, which damages insect habitat and trout spawning grounds.

Land use can also damage lake and river habitats. Much like in other areas of the Laurentians, increased access and development in Tioweró:ton has strained the natural systems. Removing plants – especially trees and bushes—from near the water’s edge destabilizes the banks, making erosion even worse. Trees and bushes also provide much needed shade to keep shallow stream waters cool. ATV (four-wheelers, side-by-sides, and dirt bikes) use in and near lakes and streams also causes erosion and release harmful oils and other pollutants into the water. Use of lead sinkers in fishing also adds this dangerous chemical to the water.

Competition from other fish species can also harm tiotià:kton populations. Creek chub, white sucker, and sunfish all compete for the same food sources with brook trout. Perch and bass, in addition to competing for food, also eat young trout. These species have been introduced to and spread in the Doncaster River through intentional and accidental release (for example, as escaped live bait), as well as through invasion from connected waters (for example, during periods of flooding). These competitors all tolerate warmer water better than tiotià:kton, meaning that climate change is making the habitat favor the competitors.

Harvesting tiotià:kton can also be an added stressor. Fishing for tiotià:kton has huge recreational, cultural, and nutritional value. However, overharvesting — particularly of large adults — can make it hard for populations to replenish themselves.

What is KEPO doing to help? What can you do to help?

Community fisheries catch reporting programs (CRP) are a useful way to gather information on fish populations. A CRP relies on fishers to record and report basic information about their fishing trips including time spent fishing and number and length of fish caught and kept. The fishing records can be anonymous. This information helps to monitor the health of a fishery over time. CRPs operate in many communities throughout Canada, including in numerous Indigenous communities, where they increase engagement in fisheries conservation and inform stakeholder decision-making. CRPs are most useful when all fishers participate.

We would like to begin a catch reporting program this summer and begin reporting the findings to the community regularly through print and electronic newsletters. We need your help! We are seeking input from the community before we begin the CRP. Please follow this link to see our proposed CRP plan and leave us your anonymous feedback in the provided form. 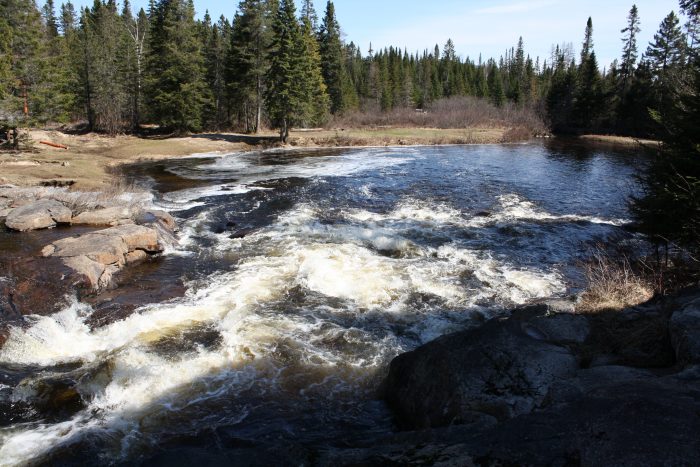 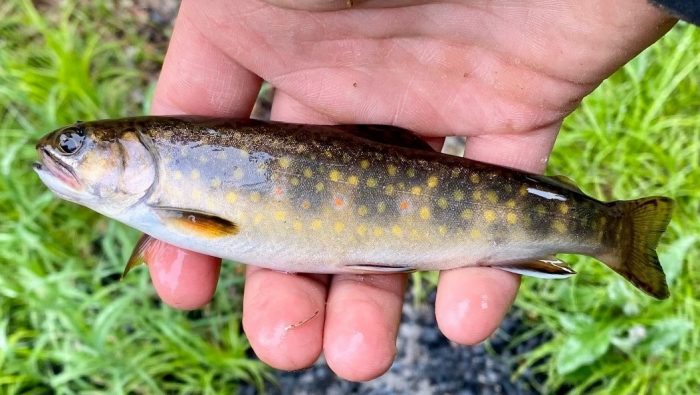 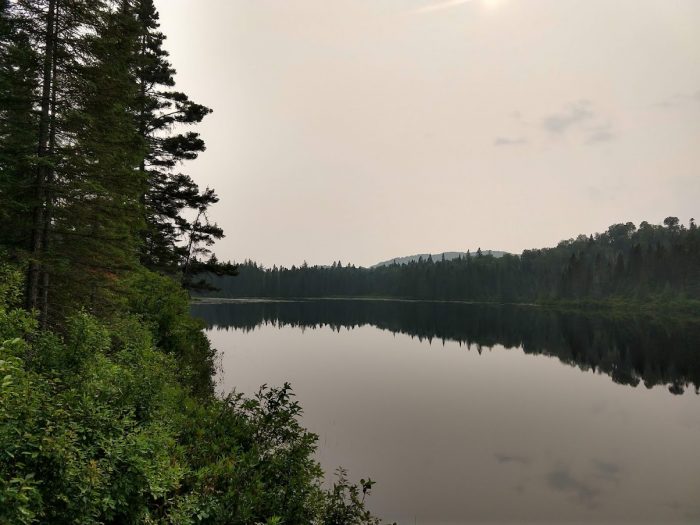 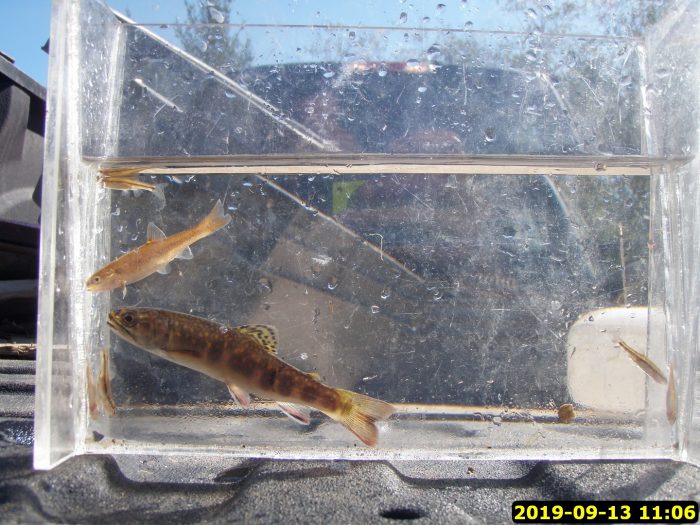